On September 21, the Albert and Mary Lasker Foundation announced that Genentech Fellow Napoleone Ferrara is one of four recipients of the 2010 Lasker Awards.

Dr. Ferrara received the Lasker-DeBakey Clinical Medical Research Award for his discovery of Vascular Endothelial Growth Factor (VEGF) and his translational work in the development of a therapy for people suffering from wet age-related macular degeneration, a leading cause of blindness in adults. Dr. Ferrara, who has been at Genentech since 1988, will be presented with the award at a ceremony in New York City on October 1.

Now in their 65th year, the Lasker Awards are widely recognized as among the most prestigious medical research awards in the world. They have become popularly known as "America's Nobels" since seventy-nine Lasker recipients have gone on to receive the Nobel Prize, including thirty of them in the last twenty years.

"Genentech has poured more than one million dollars in the South San Francisco downtown since the inception of the program 18 years ago.  We are pleased that this program allows Genentech employees another opportunity to get to know our downtown merchants as they shop or enjoy a meal in their corporate hometown." 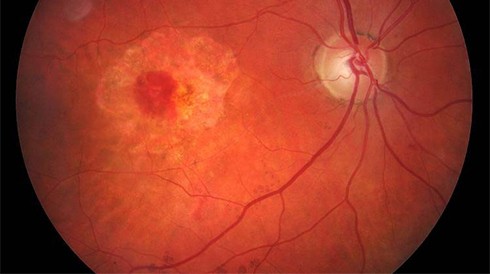 Macular degeneration results from damage to the part of the eye responsible for central vision.

About Angiogenesis, VEGF, and AMD
© 2023 Genentech, Inc. All rights reserved. This site is intended for US residents only.