Neurodegenerative diseases, like amyotrophic lateral sclerosis (ALS) and Alzheimer’s, can be devastating. Although we’ve been studying them for decades, we know surprisingly little about the underlying biology of these diseases. In ALS, for example, while we know that ten percent of cases have a genetic cause, we don’t yet understand the reason behind the vast majority of cases.

Regardless of cause, however, these diseases seem to converge on common pathways that lead to neurodegeneration. An exploration and understanding of these pathways could potentially lead to important new treatment options.

In a series of studies, our scientists discovered a common pathway for neurodegeneration by using clues from early stages of life; they also showed that the pathway could potentially be targeted with new types of investigational medicines.

One of the main clues that helped guide them is the fact that neurodegeneration is actually a natural process. It removes unnecessary projections and helps create precise connections in the brain. Early in life, many neuronal populations are over-produced, and they extend more projections to their targets than are ultimately needed in the adult.

Armed with this knowledge, our scientists turned their attention to a protein called Dual Leucine Zipper Kinase (DLK), which was known to play a role in brain development.

By setting up an experimental system that allowed them to mimic the natural process of removing unnecessary projections from neurons, they found that DLK was also required for this type of neurodegeneration.

A Role in Many Types of Degeneration

That finding was the first tantalizing clue that DLK could be part of a common pathway for neurodegeneration not just in health, but also in disease. Indeed, why would diseases follow a different route from the one that is already in place? That was the exact question they set out to tackle next.

Neurodegeneration can occur for many reasons, including damage to the brain cells. This type of injury creates a signal that triggers neurodegeneration. Our scientists found that DLK is needed for both creating and amplifying this signal to make sure it leads to degeneration in different types of neurons.

In addition to damage to the cells, neurodegeneration can also occur when there is too much stimulation of synapses, the connections that allow neurons to send and receive signals. Too much stimulation of synapses can lead to a process called “excitotoxicity”, which contributes to the neurodegeneration seen in diseases such as ALS and Alzheimer’s.

Further experiments found that DLK in synapses is required for excitotoxicity-induced degeneration, and that removing DLK can protect neurons from this type of neurodegeneration. This showed that DLK is just as important for inducing neurodegeneration from synaptic injury as it is for brain cell damage, again suggesting that it may be part of a common pathway.

Turning these findings into potential treatments is the ultimate goal of this research. As part of this research, our scientists engineered the first DLK-specific inhibitors ever reported.

One of the main challenges when developing medicines for diseases of the central nervous system is the blood-brain barrier, which is like the brain’s security system. It helps keeps harmful agents out, but because it’s so selective, it can also block helpful drugs from entering the brain. The DLK-specific inhibitors developed by our scientists could penetrate the blood-brain barrier, making them potentially useful in diseases such as ALS, Parkinson’s, and Alzheimer’s.

By starting with the basic biology, it’s possible to use clues from different fields to discover new “drug-able” targets. Combining these discoveries with expertise in drug development and chemistry can lead to the generation of a new family of molecules. This approach may be the foundation for developing new investigational medicines for diseases with limited treatment options.

Our scientists are also investigating the safety of inhibiting DLK, given its role in normal brain development.

Read more about these important findings in the following papers from Genentech scientists:

Scientists at Genentech recently made a series of important discoveries in cancer — why the families of small molecules work differently based on what mutations are in the cancer cell.

There’s a deeply unsettling problem in the world of cell cultures used for scientific research. We’re tackling it head-on with an ambitious new solution. 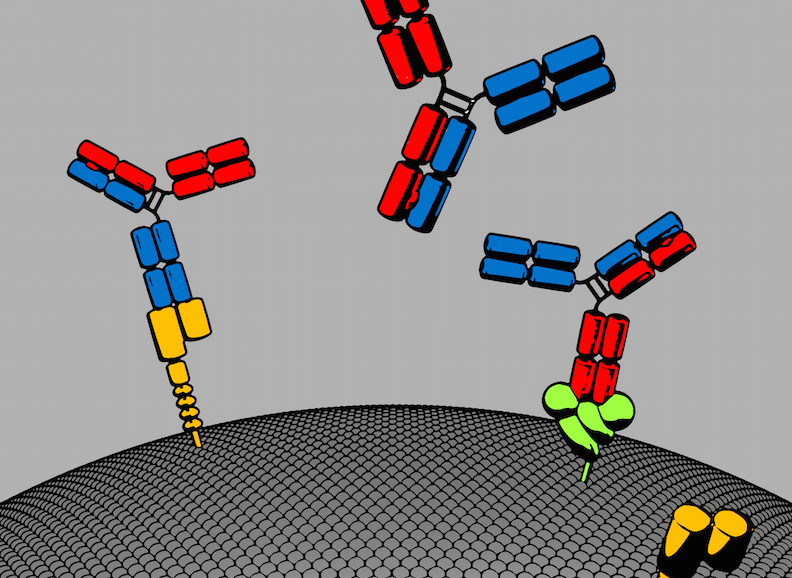 Hitting Two Birds With One Stone