Before sunrise on February 22, 2013, Alexander Hardy, a Genentech vice president at the time, was already in his office. He was waiting to hear if a new medicine that he was hoping to launch was going to be approved by the U.S. Food and Drug Administration (FDA).

He wasn’t the only one.

At the University of California, Los Angeles (UCLA) Jonsson Comprehensive Cancer Center, Dr. John Glaspy was anxious to give the medicine to a woman whose metastatic breast cancer was so advanced she had already been told to put her affairs in order and begin hospice care. She had exhausted all treatment options and was desperate. But the approval could be hours, or even days away and time was running out.

Then, at 6:30 a.m., Genentech received an email from the FDA saying the agency had approved Kadcyla® Indication and Important Safety Information, an antibody drug conjugate for people with HER2-positive metastatic breast cancer that had spread to other parts of the body after prior treatment with Herceptin® and taxane chemotherapy.1,2 Getting FDA approval was a long-awaited achievement, but there was still work to do. Now Genentech had to get the medicine into the hands of doctors like Glaspy, as fast as possible.

Kadcyla carries a boxed warning for serious liver and cardiac risks associated with the medicine, as well as the potential to harm an unborn baby. Kadcyla is not the same medicine as trastuzumab (Herceptin). Indication and Important Safety Information

The lag time between FDA approval and getting a medicine to physicians and patients can sometimes be months, as the company manufactures, packages and distributes the medicine. But Hardy’s team knew patients were waiting for this medicine. “The level of excitement from the physician and patient advocacy community was tremendous,” Hardy says, “like nothing I had seen in my career.” So, they had been strategizing a plan to get the medicine to physicians and their patients right away.

That plan had involved a lot of risks. The development and manufacturing of a new, complex medicine like Kadcyla are just some of the first hurdles. Making a batch of Kadcyla takes 18 months and involves over 18,000 miles of travel as its different components are created, purified, dehydrated and packaged in different facilities around the world. All of this had to be done before the FDA even approved the medicine.

Roger Symczak, the Genentech product team leader for the global supply chain, had his team set up numerous contingency plans for potential snags in the production, FDA approval process and launch of Kadcyla. “We had to plan much further ahead than we typically do,” he says. “There is much greater risk that you won’t be able to meet demand when you have to look ahead 18 months.”

Even with the medicine ready to go, the packaging can be the last hold-up. After months of discussion and proposed language, when the FDA sends an approval letter, they can request a wide variety of changes to the product label, from safety language to artwork and even punctuation—which can sometimes take up to a month to redo. The team at Genentech’s manufacturing site in Hillsboro, Oregon had gone through the late-stage packaging process “at risk,” taking the chance that they may have to reprint and repackage. All their careful consideration paid off, as the FDA accepted the final label as is.

Once Kadcyla was approved by the FDA, the team found a way to send the medicine directly to UCLA, expediting the usual supply chain process. So just 11 hours after the approval–following decades of research–the first vials of Kadcyla had shipped. Hardy watched and waited, tracking the package’s journey from the manufacturing site in Hillsboro, Oregon to Dr. Glaspy and his patient.

“When it was finally scanned at UCLA, I got an email, and it was just fantastic,” says Hardy. Everyone who had heard about the shipment was excited. Genentech’s local account representative even waited at the hospital to make sure the vials were delivered. Dr. Glaspy used that first vial of Kadcyla to treat his patient that weekend. Indication and Important Safety Information

On the left, the actual box of Kadcyla that shipped on the day it was approved. On the right, Alexander Hardy keeps the first box of Kadcyla used to treat Dr. Glaspy’s patient as a reminder of what’s possible.

That first box of Kadcyla now sits framed—and empty—on Hardy’s office wall in Basel, Switzerland, where he is now head of global product strategy for Roche. He’s held on to it as he moved across three continents in his career at Genentech and Roche. “It’s a reminder that at the end of the day, there are people waiting desperately for these medicines,” he says. “It’s amazing what we can achieve while staying within the rules and processes. That should be an inspiration for people.”

Read the full story behind Kadcyla and Genentech’s other HER2-targeted medicines here.

Who is KADCYLA for?

KADCYLA is a prescription medicine used as an adjuvant (after surgery) treatment for HER2-positive early breast cancer when the patient has taken neoadjuvant (before surgery) treatment including a taxane and trastuzumab (Herceptin®) and there is cancer remaining in the tissue removed during surgery.
Patients are selected for therapy based on an FDA-approved test for KADCYLA.

What is the most important safety information I should know about KADCYLA?

Contact your doctor right away if you experience symptoms associated with these side effects.

What are the additional possible serious side effects of KADCYLA?

Skin reactions around the infusion site

What are the most common side effects of KADCYLA?

The most common side effects in people taking KADCYLA for early breast cancer are:

The most common side effects seen in people taking KADCYLA for metastatic breast cancer are:

Title Photo: The packaging team surrounds the box as it leaves the manufacturing site in Hillsboro, Oregon, on its journey to UCLA and a waiting patient. 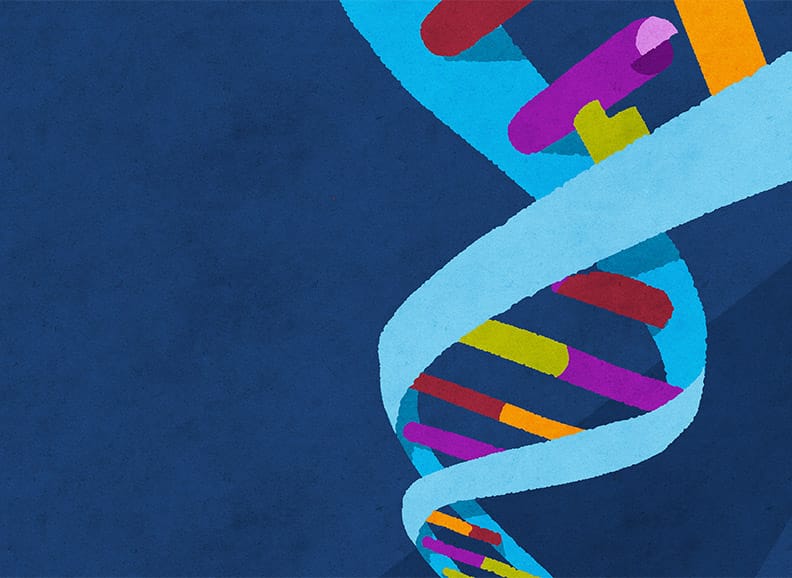 Written and Illustrated By: Maki Naro

In 1998, a Genentech scientist identified the link between a newly discovered genetic pathway and a potential treatment for basal cell carcinoma. 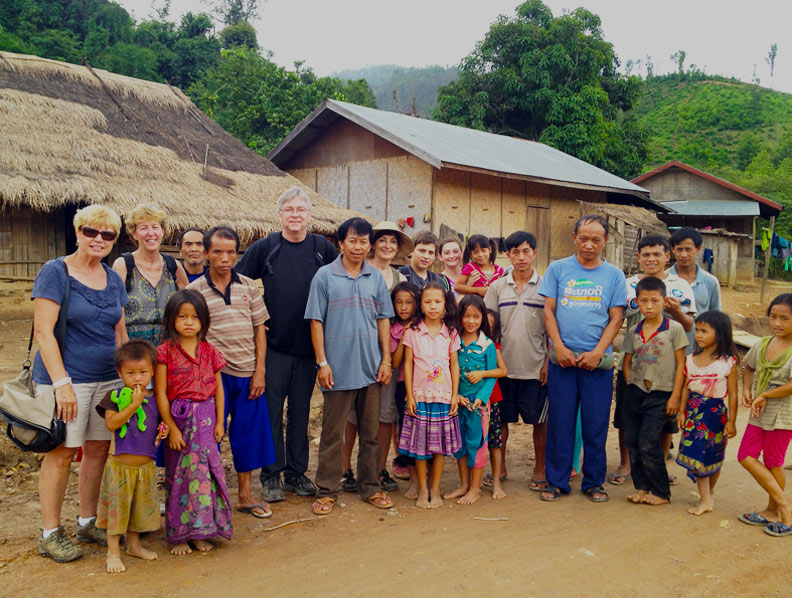 Once reserved for academics, sabbaticals offer employees time to expand and explore.