Multiple sclerosis (MS) is a disease that occurs when the body’s immune system behaves abnormally and attacks the brain, spinal cord and optic nerves of the central nervous system (CNS). It is the leading cause of nervous system-related disability in young people, usually striking between 20 and 40 years of age.1 In the US, approximately 400,000 people have this progressive disorder, and women are two to three times more likely to develop MS than men.2,3

MS is a chronic disease in which the immune system attacks the myelin (the insulation around the nerves) in the brain, spinal cord and optic nerves causing inflammation and myelin damage. In people with MS, damaged nerves in the CNS lose their ability to communicate with the rest of the body, leading to unpredictable and often debilitating symptoms.4

Myelin is a fatty substance that surrounds nerves, similar to the insulation around an electrical wire. In MS, the immune system destroys the myelin and causes scarring, or sclerosis, of the nerves. This scarring interferes with the ability of nerves to conduct an electrical signal to other nerves or muscles. 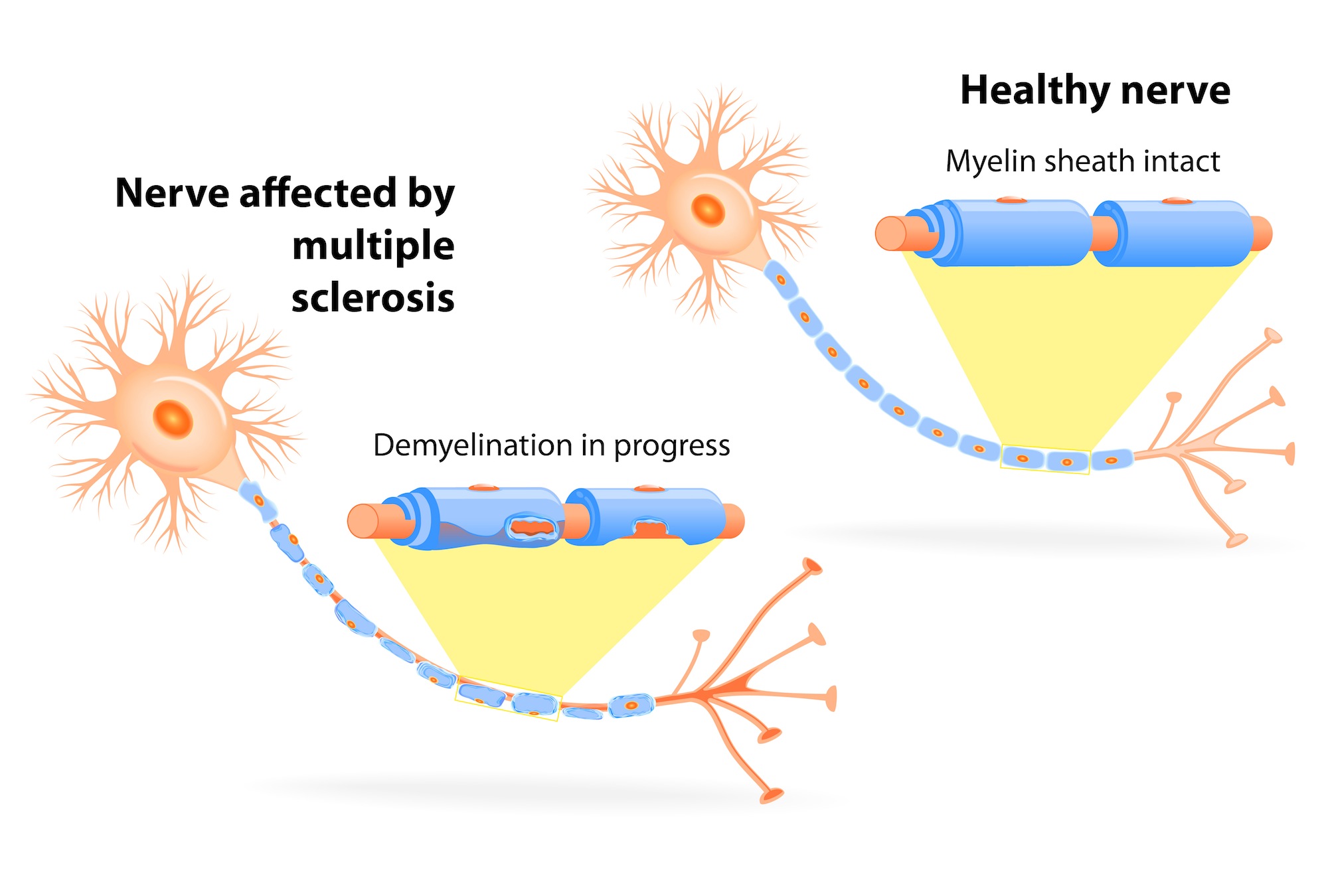 What are the symptoms of MS?

Nearly 14% of people experience multiple symptoms at the onset of the disease.

As the disease progresses, people with MS may experience one or more other types of symptoms. For example, approximately 90% experience fatigue at some point. In addition:3,7,8

The life expectancy of people with MS may be decreased by 5-10 years.

Although the cause of MS is unknown, both genetics and environment appear to contribute to risk. More than 50 genes are known to increase the risk of developing MS; none appears to have a large effect on its own.3

MS is more common in Caucasians and in northern countries of the world. Other environmental factors that are associated with higher risk for MS are smoking, vitamin D deficiency, and prior infection with Epstein-Barr virus.9

How is MS diagnosed?

The diagnosis of MS is complex because symptoms vary widely from patient to patient and there is no single test that confirms a diagnosis. However, doctors typically use a combination of physical examinations to identify common symptoms (e.g., abnormal movements, muscle weakness, and eye problems), followed by a scan of the CNS to identify signs of inflammation or nerve damage.3,8

Myelin damage and sclerosis can be detected using magnetic resonance imaging (MRI) in nearly all people with MS at the onset of symptoms.3,8 MRI can determine the size of damaged areas (lesions) and detect signs of active inflammation. MRI is used throughout the medical care of a person with MS to monitor disease activity and progression.

What are the types of MS?

Although specific symptoms of MS vary among individuals, the disease usually takes one of four courses:3

There is increasing clinical evidence that MS progresses even when symptoms are not outwardly apparent. Newer MRI techniques and cognitive tests usually show increased disease activity, even if symptoms appear to be in remission.11 At least 90% of people with MS experience disease progression and increased disability within 20 years of onset.12

How is MS treated?

There is no cure for MS. A combination of therapies is commonly used to help people manage acute symptoms of relapse or reduce disease activity.13

None of these strategies modify the disease or prevent future disability.

Several medicines have been approved by the FDA that delay disease progression in MS.13 Though progress has been made in the treatment of MS, new options are needed to help control disease activity and delay, prevent, or reverse disability. 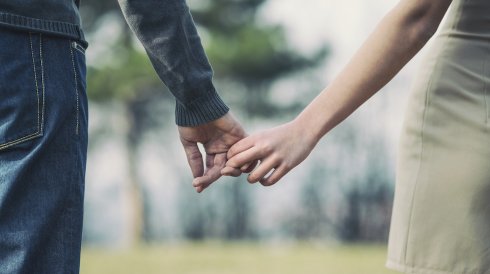 How MS, a disease that isolates so many, compelled Greg to connect instead.